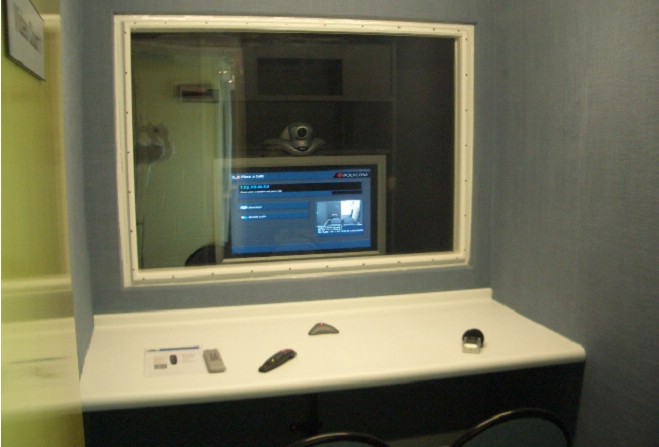 Inmate appeared via live link from the Isle of Man Prison

A series of charges brought against a prisoner have been dropped on mental health grounds.

The 33 year-old was accused of disorderly or threatening behaviour on several occasions in March and April last year while serving a sentence for other crimes.

His current sentence will continue to run as normal.