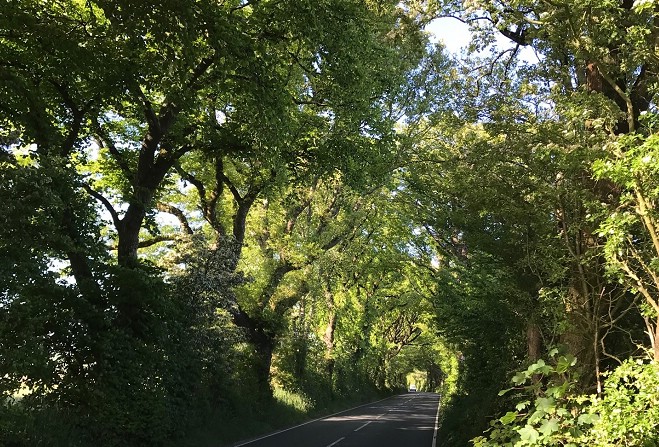 The Manx Wildlife Trust believes the Isle of Man got the 'decision and process wrong' over plans to cut down part of an elm tree tunnel in St Marks.

The organisation met with senior DEFA staff yesterday to discuss the proposal to cut down around 25 elms on Braaid Road.

It's part of an approved planning application to improve access and road safety at Ballavarvane Farm.

The decision to cut down the trees has already sparked a e-petition to save them which now has over 33,000 signatures and a peaceful protest was held in St Marks last weekend.

It will be the subject of an urgent question in the House of Keys today, with a demonstration due to be held outside.

Leigh Morris adds whilst politicians may sometimes face criticism, these comments have gone 'way beyond that' and is urging those personal attacks to stop immediately.

The trust remains 'very hopeful' a solution can be found to make sure the trees aren't felled.

In a statement, Mr Morris also says: "We believe the situation in St Marks simply highlights a flaw in the current IOM planning process.

"We collectively, as an Island, got this process and decision wrong and we need to learn from this."

Environment, Food & Agriculture Minister, Geoffrey Boot, has stated he's 'seeking a discussion' with the applicant of the plans to look at 'a range of other options'.