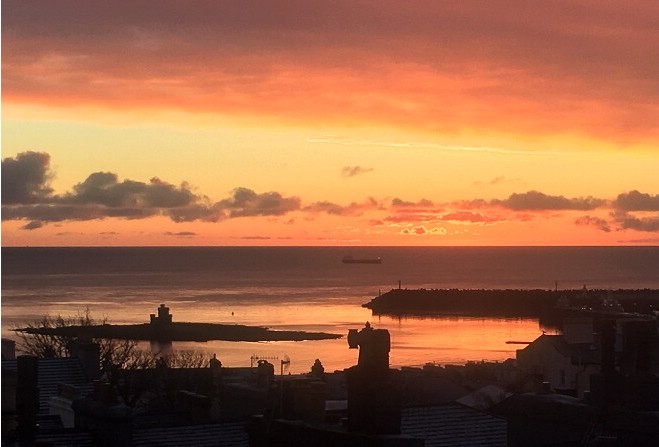 The Isle of Man was officially the sunniest place in the British Isles last month.

Two-hundred and twenty-eight hours of sunlight recorded for the month of June by the Met Office.

Although it wasn't as sunny as last year, Island is said to have had 'exceptionally more' sunshine hours than most places in Britain.

Towns in the southeast of England came close to the Island, with Kent recording 226.4 hours followed by Essex with 204.3.

Last month was sunnier but cooler than average for June, according to Ronaldsway Met Office.

There were 228 hours of bright sunshine recorded, compared to an average of 200, with 15.6 hours last Thursday.

However, the mean daytime temperature was 16.1°C, which is slightly below the long term average.

Despite the wet conditions during TT at the start of the month, rainfall over the course of June was 16% lower than normal.

Wind was slightly stronger than average, with the highest gust of 41mph recorded on 16 June.

There were thunderstorms nearby on two occasions during the month, while fog was observed on three days, but there was no hail or frost over the 30-day period.

Conditions for June 2019 were a far cry from last year's record breaking month though, which saw over 300 hours of sunlight.