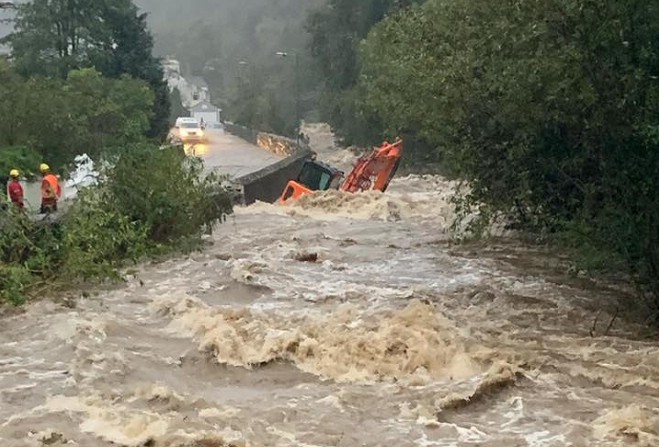 One year since Glen Road floods

A resident in Laxey is calling on government to provide help after severe flooding has cost him tens of thousands of pounds.

Today marks one year since a major incident was declared after the river in the village burst its banks and devastated a number of properties.

Multi-million pound flood defence plans went on show to the public on 28 and 29 September with the infrastructure minister pledging to 'protect residents in the long-term' in response to the flooding.

However, Mark Young, who lives right next to the river on Glen Road, says those worst affected should get compensation.

He claims his property has devalued by up to £70,000 because of damaged caused, as well as seeing his insurance premiums rising significantly.

"I've put all my money into my house. I've got a lovely house which I can't sell.

"We were putting it up for sale [before the floods last year] so I could semi-retire but I'm just going to have to keep working.

"The government should come along and give us some form of compensation", Mr Young said.

Funds were set aside in the immediate aftermath of the flood, with residents whose homes were damaged eligible to £500 to help towards recovery costs.

Speaking at the time, Chief Minister Howard Quayle said: "The exceptional nature of this situation requires us to move quickly and we are using the template of similar recovery schemes in the UK to provide a degree of respite.

"The devastating weather event on October 1 [2019] highlighted just how vulnerable certain parts of our island are to the elements.

"At times like this that we must stand together as a community and support those who have sustained losses."

The ARUP report has since been published which includes recommendations to prevent such damage being caused by similar floods in future.

If the Laxey Flood Alleviation Scheme gets the green light, work will take place in phases over the next two to three years.