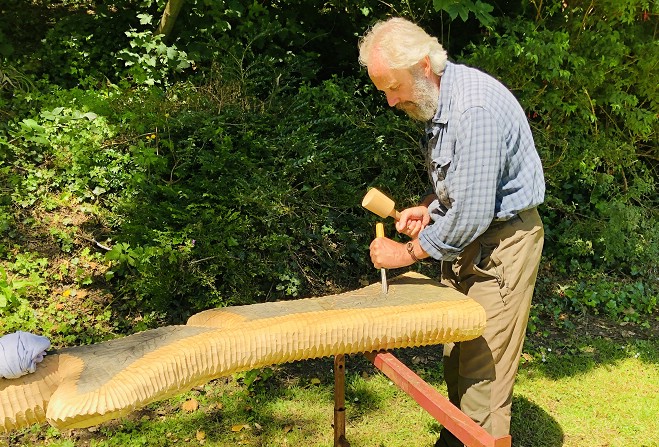 An 8ft long piece of oak is to be transformed into a sculpture by the children of Malew, and then take its place along the 'Silverburn Art Trail'.

Commissioners have invited sculptor Gavin Carter to teach pupils from Ballasalla School how to carve wood and make their mark on the 'oak leaf' feature.

Once completed by the primary school students, it'll be displayed in the local authority-owned garden behind Rushen Abbey.

Malew commissioner Margaret Mansfield hopes the addition will attract more people to what she believes is an 'underused space'.

The sculpture will be one of many pieces of art set to feature along the 'Silverburn Art Trail' organised by the Creative Network, a collection of more than 60 local artists.

Temporary and permanent works will be placed along the route, which begins in Castletown, and follows the Silverburn river to end in Silverburn Glen.

The initiative has been supported by the government, Manx National Heritage and both Castletown and Malew Commissioners.