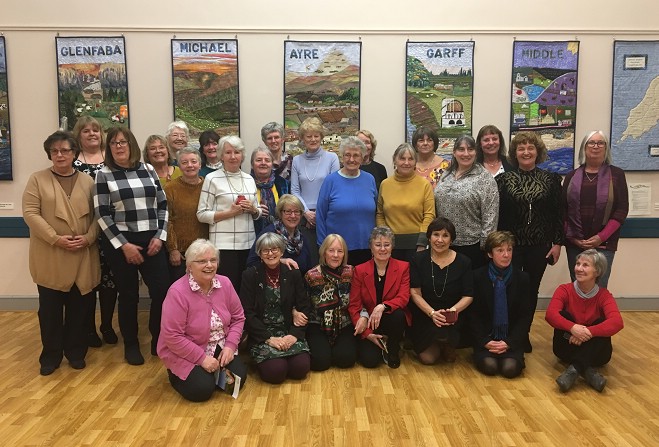 The Mannin Quilters' latest exhibition has opened to the public today.

The group displays its work every two years, with a theme at the heart of its creations, and this year it's celebrating the island's UNESCO Biosphere status by depicting life in six sheadings of the Isle of Man.

Admission to the exhibition is free.

Speaking at the launch, Chair of Mannin Quilters, Chris Eastham, had this to say about the project:

Chief Minister Howard Quayle launched the event at the Castletown Civic Centre, where the exhibition will stay until 14 February.

Speaking with Lewis Foster, Mr Quayle gave his view about what the project represented:

Following on from Castletown, the exhibition will continue to: