Development of Manx M.E. and Long Covid support 'held up as gold-standard' in UK 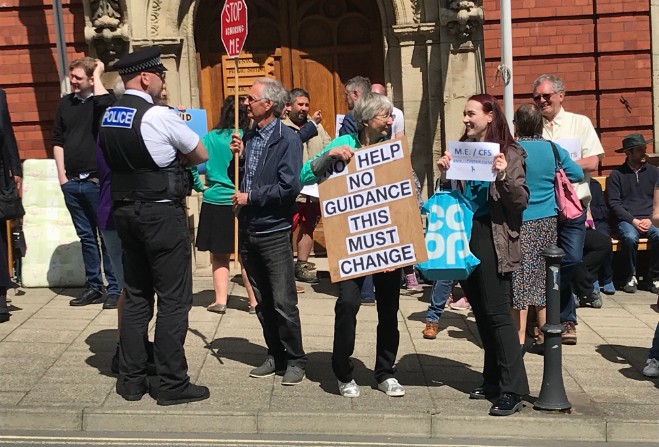 Extended service expected in the summer

The plans for a support service for people on the Island suffering from M.E., Chronic Fatigue Syndrome and Long Covid has proved 'inspirational' to the UK NHS, a charity has said.

An interim service, in place since last year, is set to be extended to its full capacity from July.

Health Minister Lawrie Hooper gave an update in this month's sitting of Tynwald:

Charity ME Support Isle of Man has been assisting Manx Care with the development of the service.

There have been new guidelines for treating M.E. and CFS in the UK, with the health secretary there committing to supporting people with the conditions.

'In our discussions with the NHS we have held up the Island's development as a gold-standard example of how patients, politicians and healthcare providers can all work together to achieve a successful outcome for some of the most disabled people in society.'

Russell Flemming is from the UK charity ME Association:

There's estimated to be around 300-350 people living with M.E. (Myalgic Encephalomyelitis) on the Isle of Man.

Considered a post-viral condition, along with many other symptoms, it can cause people to feel extremely tired/fatigued all of the time.

In 2021 campaigners demonstrated outside of Tynwald for better recognition and treatment of the conditions.

Seven years ago two support services were dropped on the Island - a move described at the time as 'a betrayal'.