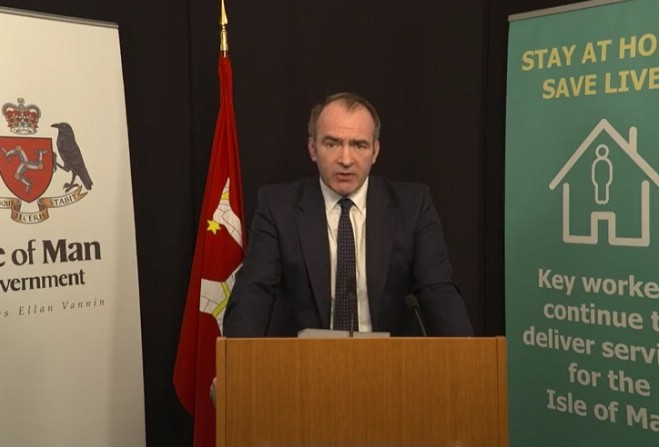 Cannan announces figures at the first of today's media briefings

​More than 1,100 people have applied for a new welfare benefit, which was made available by government yesterday.

The Manx Earnings Replacement Allowance, or MERA, provides an income of £200 per-week to people who've lost jobs or self-employed work since Monday, 2 March 2020.

The scheme will be available for a 12-week period ending on 28 June.

Speaking at the first of this afternoon's media briefings, he says treasury is doing all it can to meet the demand:

He says there's also been an increase of 457 people signing up for job seekers allowance, since lock down measures began, and there have been 2,327 applications for the government business support scheme.

Mr Cannan added that £1 million has been distributed to around 600 businesses that qualify for the support.

You can watch the briefing in full below: