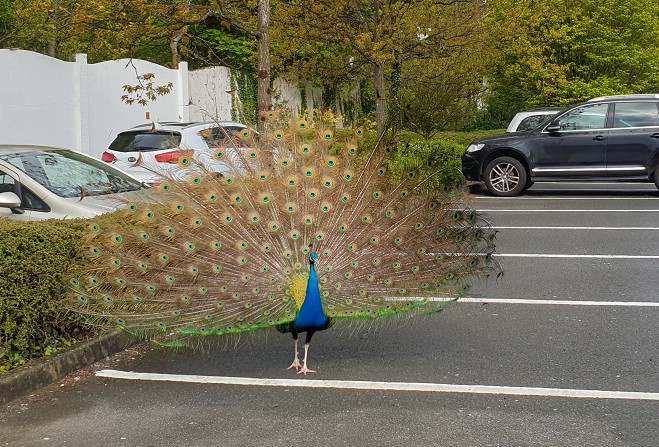 The growing presence of feral Peafowl has been causing a stir across both the countryside and urban areas according to the ManxSPCA.

Reports of the exotic birds are on the increase and the charity believes its due to irresponsible ownership.

It is also urging members of the public to stop feeding them in spite of what they might perceive as the right thing to do.

Although the size of the wild population remain unknown, Manx BirdLife says peafowl are thriving in the countryside.

The omnivorous bird, who is endemic to the Indian subcontinent, is said to eat anything from grubs and insects to bird eggs, small birds and even lizards.

'The fear is if we don't control them, they will put the Island's native birds at risk and that is what we have to put first.'

Section 14 of the Wildlife Act prohibits the release of animals 'not typical of fauna found wild on the Isle of Man.'

A spokesperson from the environment department said 'these provisions are in place to prevent the establishment of non-native species that may be detrimental to our Manx native wildlife.'

The MSCPA has an aviary to keep peafowl should the public contain one, and currently has a list of trusted landowners to which the animals can be relocated.

You can listen to Manx Radio's report from the MSPCA in Ard Jerkyll below: