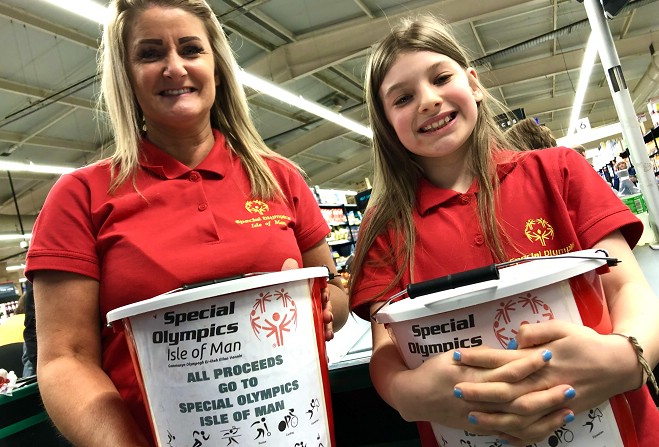 A nine-year-old Douglas girl has been nominated for a top award in the UK.

Chloe Rollitt has been nominated for a National Diversity Award, which is designed to celebrate unity in society.

Chloe has overcome a number of conditions like Cerebral Palsy and Epilepsy, and still pushed on to sporting excellence.

Last year she took part in the 'Superhero Tri' event, and is currently training to be a competitive swimmer.

Recently she handed over nearly £13,000-worth of beds and other things to make life better for children and families at Noble's Hospital.

Now, she's looking for support from the Manx community to back her nomination online and get her shortlisted for the big award ceremony.

Today she was part of a team packing bags at Shoprite in Port Erin, to raise money for Special Olympics Isle of Man.

She took a break to speak to Chris Pearson, who asked her how difficult it must be for people to write nice things about her:

There's a link to help with Chloe's nomination here.

If you can help, just click the link and write a few lines of support.

Chloe's Mum Jo say's she's been taken aback by the support the family has received so far: