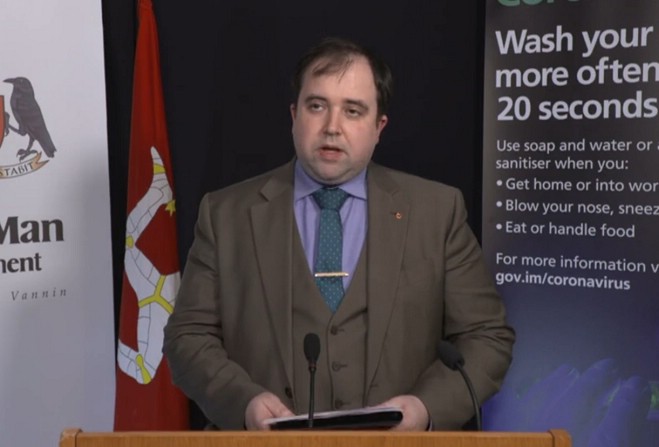 Doctors to use video and phone appointments

There will now be temporary changes to the way the Island’s GP surgeries operate - amidst the coronavirus pandemic.

Health Minister David Ashford made the announcement at this afternoon’s instalment of the Isle of Man Government coronavirus media briefings:

Doctors will now be using video conferencing and telephone consultations to see patients, rather than carrying out appointments in person.

They’re also ending all non-essential treatment, the minister said, to concentrate on front-line tackling of the Covid-19 outbreak.

You’re asked not to attend surgery in person unless you are specifically advised to do so.

The minister confirmed there have been 871 tests completed on the Isle of Man in total.

Seven-hundred-and-one of those have had confirmed results back, meaning there are still 170 outstanding.

Thirty-five of those patients have been instructed to self-isolate at home, and two are being treated at Noble’s hospital.

Minister Ashford added that the special Covid-19 111 helpline took more than 100 calls yesterday, and has now taken more than 1000 in total.

All other queries are now being directed towards a more general helpline, on 686262 which is open and manned from 9am-6pm, 7 days a week - so non medically related calls are asked to go to that number.

Finally, the health minister admitted that some tests for Covid-19 are taking not just over 72 hours, but in some cases more than a week.

Everyone, regardless of their test result, will be contacted by 111 - do not stop self-isolating, says the minister.

You’re asked to continue self-isolating if you are awaiting a result, and await instruction from Public Health or the 111 line.

Around 60-70 tests are being completed each day, which is well above the target rate of 30 initially hoped for.