Sewage plant rejection a 'victory for the people of Laxey' 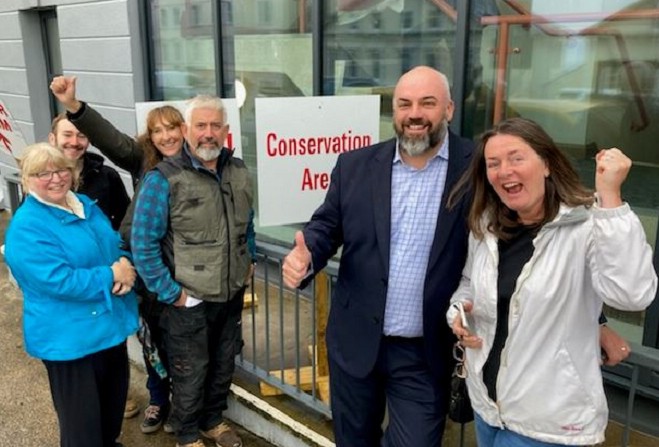 Campaigners against the plans at today's hearing

Plans to build a new sewage treatment facility,  unpopular with many residents in Laxey, have been unanimously rejected by the planning committee.

At its meeting this morning (27 July), Manx Utilities' proposal for the village was voted down because of the negative impact it would have from the harbourside.

The decision will come as a blow to government, which said the works were the best option for Laxey.

It was agreed the plant wouldn't fit in with the tourism and conservation designation for the area.

The five-person panel said issues with traffic, smell, noise and an 'insufficient' investigation of alternative sites were also given as reasons for refusal.

MHK for Garff Daphne Caine says it's a 'victory for the people of Laxey':

More than 40 members of the public, made up mainly of concerned residents were in attendance, among them was Alan Clague, who is a member of the 'Best For Laxey' campaign group.

Mr Clague expects Manx Utilities not to appeal the decision: