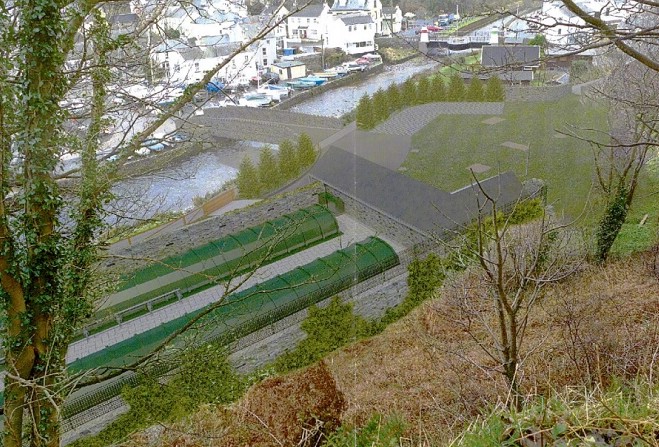 Designs include new bridge across the river

Manx Utilities has submitted plans to build a sewage treatment works in Laxey, which include designs for a new bridge over the river to access the site.

It's to replace the existing storage tank at the Cairn site, and end the release of raw sewage into the sea via an outfall pipe.

The plant will cost 'several million pounds' and would see waste treated and screened to comply with the latest (2006) EU bathing water quality standards.

A new bridge is required to allow tankers to visit the facility once a day, Monday to Friday, to remove sludge.

Local group 'Best for Laxey' is opposed to Manx Utilities' plan over concerns to do with traffic, smell and the effectiveness of the proposed plant.

The lobbyists want the village sewage system to connect with IRIS infrastructure in Onchan.

Forty sites in Laxey were considered by Manx Utilities, but the Cairn area, which was purchased by the board in 2017, was chosen.

This was due to its 'connection to existing infrastructure, operational cost savings, and reduced dispruption' to Laxey residents.

Pumping sewage through a connection to IRIS was ruled out by Manx Utilities due to the cost, and expected disruption such a project would cause.

Garff Commissioners have promised to call a public meeting once the plans have been submitted, and will request extra time for residents to comment on the application.