On Air Alex in The Afternoon Alex Brindley | 3:00pm - 5:30pm
Duran Duran - Is There Something I Should Know? Download 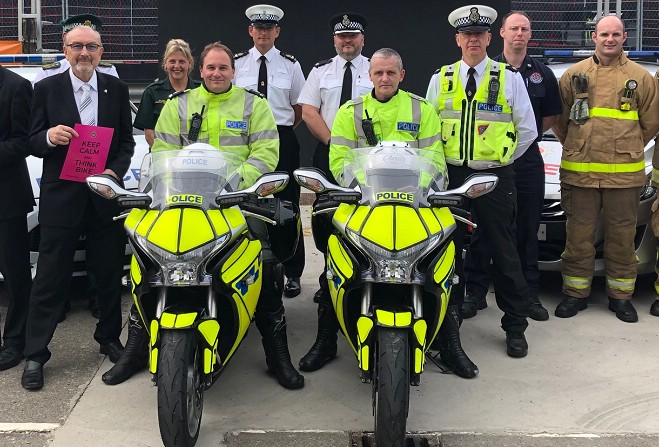 Officers at a 2019 Road Safety event

Police say they're pleased with people's behaviour at TT 2019, for the most part.

The Isle of Man Constabulary's media spokesman, Inspector Gavin Callow, has told Manx Radio this year has seen them having to deal with a mixture of both locals and visitors alike.

He says in those situations the aim has been to carry out preventative arrests, before things have got out of hand: