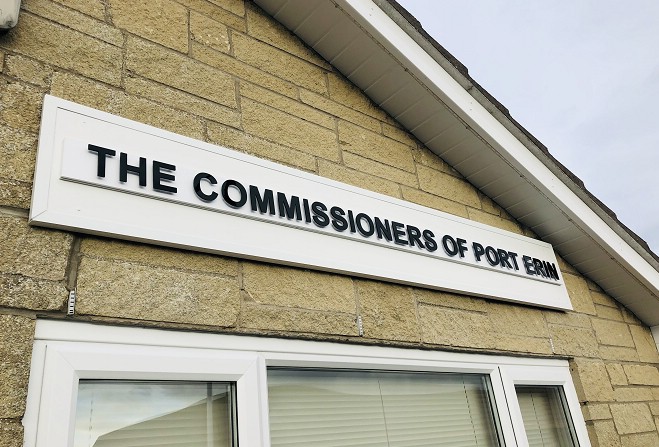 Board offers to end boundary dispute and join forces

Port Erin commissioners want to investigate forming a new local authority with all their southern neighbours.

The board is offering to drop its boundary extension bid for the Ballakilley estate if Rushen and Arbory Commissioners agree to consider a merger with Port Erin.

The proposal was put forward last night (10 Mar) by chairman Godfrey Egee, but was amended include an invitation to all authorities in the south of the Island.

Mr Egee said the offer is not about Port Erin expanding, but instead trying to help other authorities.

"Our dispute with Rushen over Ballakilley is going on and on. Let's try and resolve this issue for the new board, we don't want them worrying about this'.

Commissioner Adrian Tinkler cautioned that after local elections, the new board 'may have different ideas', but he would support 'being proactive'.

According to commissioner Marc Morley, the board should let new members make these decisions, and there were 'too many ongoing projects' in the village requiring the commissioners' attention.

Commissioner Phil Crellin amended the chairman's proposal to ensure all southern authorities were asked about forming a combined entity.

He said the option should be made open to all, and may not come to fruition for several years.

Rushen and Arbory have already agreed to join forces and create a new authority following the elections in April.

The decision was made on the principle that the two parishes would make savings through shared administration, so it's uncertain whether members would agree to merge with Port Erin, which operates at a larger scale.

A spokesperson for Rushen and Arbory says the commisisoners will need to see the detail of Port Erin's proposal, but will welcome chance to explore options.

They add that no decisions can be take before the elections in April, and current and prospective commissioners will wish to discuss the matter with ratepayers.

When the merger was agreed, Arbory chairman Stephen Gawne made the point that the new authority would be able to resist 'unwelcome advances from our neighbours'.

Any further amalgamations would likely take years to happen, with consultations, negotiations between authorities and Tynwald approval all required.

The boards also work together on managing sheltered housing, a shared housing waiting list, and a swimming pool.