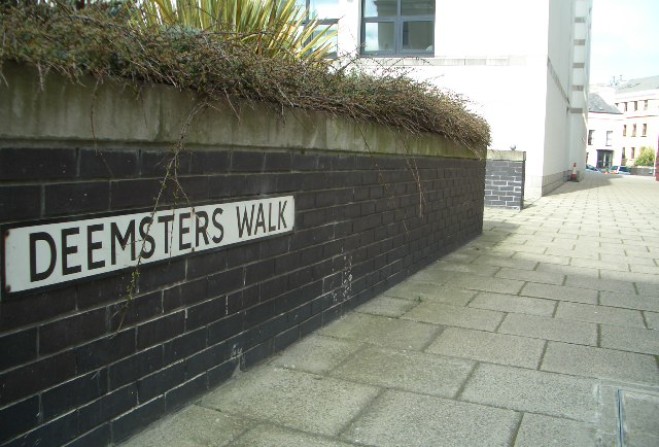 Report by BBC Isle of Man

A drug dealer who imported cocaine worth £24,250 to the Isle of Man, and broke another man's wrist with a hammer, has been jailed for 12 years.

Anthony Lyons, 34, attacked the man in a row over remarks made about his girlfriend in March 2021.

Lyons, of Port Erin, denied all knowledge of the drugs but was found guilty after a trial earlier this year.

The court heard how, on 13 January 2021, a parcel addressed to a "Mr Mitchell" at Lyons' Edremony Estate home was identified as suspicious at the sorting office.

Police discovered the drugs hidden in a thermal cup and flask within the box and began an investigation.

Dummy packages were inserted into the box and the package was delivered to the address.

Shortly after he had taken it into his home police raided the house and saw Lyons running out of the living room holding the flask.

He was arrested but tried to claim that although he had accepted the parcel the name on it was not his or his partner's and he had gone to the kitchen to throw the contents into the bin.

The court was told that on 18 March police went to his home address again after reports of a violent disturbance in the back garden that evening.

The investigation into the matter of the cocaine delivery was still continuing at the time as the Island remained subject to a range of Coronavirus restrictions.

The court heard the victim and the other man had been invited by Lyons' girlfriend to the couple's home.

The two guests began to fight over comments made about the woman and Lyons became involved when the victim refused to tell him what had been said.

He locked the back door and attacked the the man, punching him and kicking him in the torso and ribs, before threatening to stab him while holding a knife.

He then put the knife back on the counter before picking up a hammer and swinging it at his head breaking the victim's arm when he put it up to protect himself.

The victim then managed to escape and phone police who found him on Station Road.

The hammer was found in a drawer in the kitchen, during a search of the home, and blood from both the victim and Lyons was identified through DNA testing.

Lyons later pleaded guilty to grievous bodily harm with intent, and two counts of resisting arrest, and was found guilty by a jury of being concerned in the production of cocaine and attempted possession of the drug with intent to supply.

Sentencing him for both offences Deemster Greame Cook said his actions had amounted to "gratuitous violence".