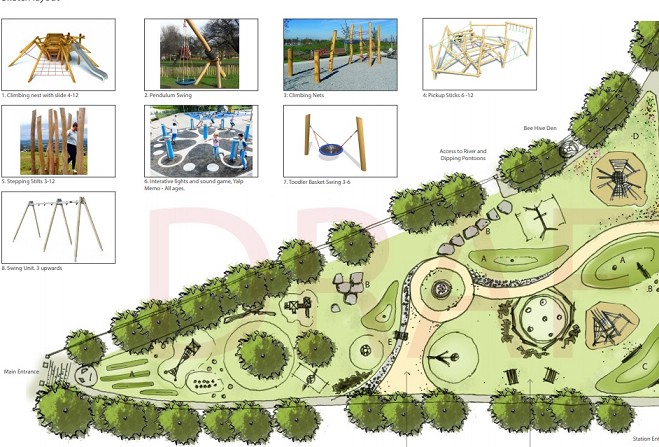 Poulsom Park could be set for a revamp, as Castletown Commissioners are proposing to replace children's play equipment at the popular site.

The local authority has published designs, based on the concept of 'natural play', that would double the size of the current area at the southern end of the park.

It's proposed that new equipment is made primarily of timber, with an emphasis on natural features, to provide children with an 'inspiring and challenging' space.

A climbing nest, new swings, and an interactive 'lights and sounds' game are all included in the plans, which also factor in improved accessibility, safety surfacing and a picnic area.

Commissioners are inviting public feedback on the proposals, which are estimated to cost around £150,000, but no firm plans or budget have been agreed yet.

At a board meeting held earlier this week, members of the public who attended weren't pleased with the plans, and wanted to see traditional equipment installed.