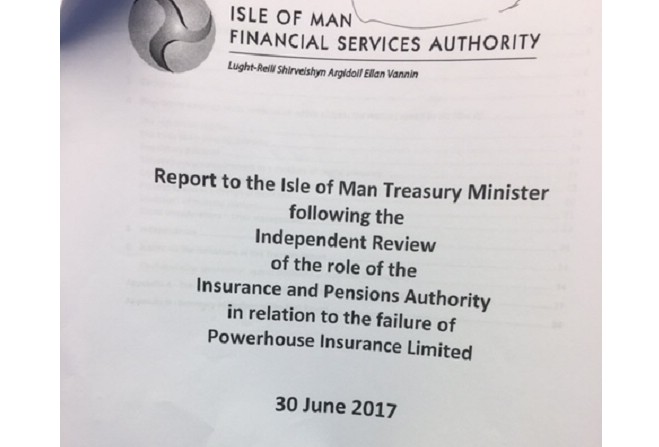 13-years on - and the Island's financial regulator has been cleared of wrongdoing in the so-called 'ScottishPower cashback scandal' by an independent party.

Treasury Minister, Alfred Cannan, presented Tynwald with 'The Flint Report' by Mr Charles Flint QC - the man tasked with the job by the Attorney General.

It followed a damning report by a Westminster All-Party Parliamentary Group; laying blame on the Manx regulator before the Financial Services Authority was formed.

In the court today, Ramsey MHK Lawrie Hooper wanted to know how - with the same evidence that was reviewed and assessed by a number of other professional parties - that this report reaches entirely different conclusions.

He said that includes Westminster's APPG, and two professional liquidators.

Mr Cannan said he wouldn't comment on what evidence the APPG looked into, and what Mr Flint QC looked at.

He says there's been no formal action against ScottishPower - who was delivering the scheme so far, and he's satisfied government has acted properly.

Big financial institutions will be protected no matter what by the Manx government.

That was the verdict delivered by the a company director-turned-whistleblower in the debacle.

Alan Campbell didn't hold back when commenting on the latest findings: