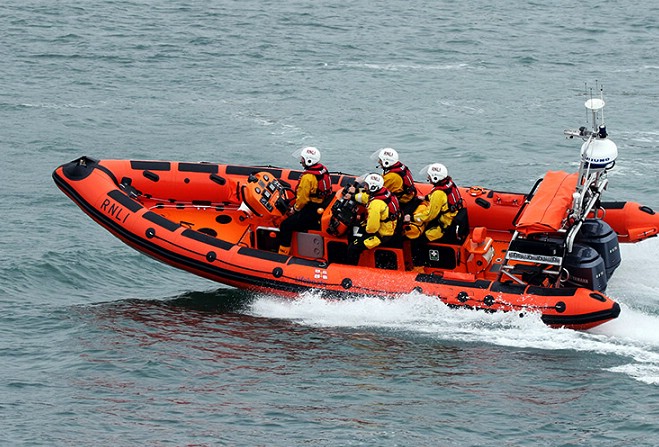 A rescue helicopter was launched this week after reports a kite surfer had been blown out to sea.

Rescue 936, from Caernarfon, joined Peel and Port Erin RNLI to respond to the incident on Thursday afternoon.

In deteriorating, and 'less than ideal', weather conditions they began searching along the west coast.

Subsequent information saw all crew stood down after confirmation that no kite surfers had been reported missing and the sighting was actually a yacht.

The incident was attributed to a 'false alarm with good intent'.

Peel coxswain Jon Corlett said: "Port Erin's inshore lifeboat searched along the coast while we were some distance further out heading south and working a search pattern with three crew members on the searchlights.

"Our crew responded with professional calm in their first shout aboard our new Shannon.  Their training over the past few months, both afloat and ashore, was certainly tested in.

"We are all pleased that this potential incident did not have a tragic outcome."