On Air Chris Williams In for Marc | 9:30am - Noon
Pixie Lott - Boys And Girls Download

Results are in for GCSE students - how did they do? 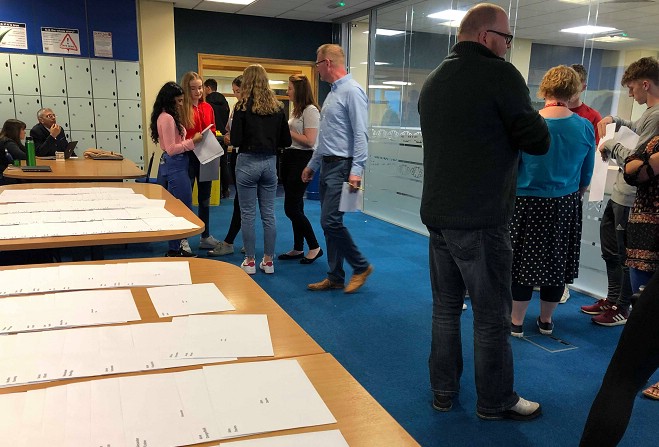 The moment of truth for students at Ballakermeen

Exams harder, but grades still on the up

Over 800 of the Island's pupils were entered into around 50 different subjects at GCSE level or equivalent this year, and today was day they found out how they'd got on.

Although many who have taken the 'Cambridge international exams', otherwise known as IGCSEs, had already received some of their online.

Most Island students now do a blend of 'traditional' GCSEs, as well as the Cambridge exam board, meaning results day has changed somewhat compared to years previous.

Lulu Gillow is the Head of Student Services at University College Isle of Man.

Ahead of the big day, she spoke to Manx Radio's Alex Wotton about what's on offer and whether pupils have the results they need, or not:

So, with results day done and dusted, how did students do?

Sitting exams in subjects ranging from English and Maths to Global Perspectives and Engineering, almost 62% of those opening the envelopes today have received five or more GCSEs at grade A*-C, equalling the highest level of top marks on record.

The percentage of pupils gaining A* and A grades has also risen, by 4% compared to 2018.

Vocational or applied qualifications increased in popularity, making up 10% of the total.

So what will these students do next? And how does the Department of Education, Sport and Culture use this information?

GCSE results haven't shown the same dip in high pass rates as A-levels, according to Ballakermeen's Head of Sixth Form.

This year, the amount of A Level students in the Isle of Man achieving A*-B passes dropped to 42% - more than half received the top marks last year.

Richard Karran told Rhian Evans that within that dip, the school has experienced some good news:

Away from the Island's state schools, official figures from the sole private school King William's College, also show a high success rate for its GCSE students.

According to figures released today, 93% of the exams taken by KWC students received grades A* - C or equivalent, and 38% were at A or A*.

The public school's principal Joss Buchanan has extended particular congratulations to the school's international students, most of whom were studying in their second language.