Ride Around event for MGP charity is back 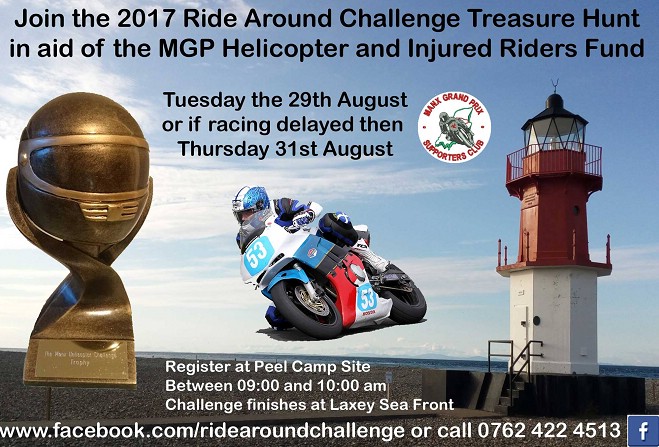 Transport of delights on treasure hunt

A popular annual event during the Manx Grand Prix is back on the roads next week.

The 2017 Ride Around Challenge Treasure Hunt on Tuesday (29 Aug) promises to show competitors parts of the Island they may never have seen before!

It's open to visitors and locals, on two or four wheels, by bicycle or by bus - and is in aid of the MGP Helicopter Fund.

Entrants are given a sheet of clues, which require them to visit 25 different locations in any order - before all taking part gather at Laxey prom for the winner to be declared.

It's been organised by MGP fan and marshal Peter Giles, who visits each year from his home in Bristol.

He says it's a fun event to get people out and about:

Registration is at Peel campsite on Tuesday 29th, 9am-10am.

More information on the Ride Around Challenge Facebook page, or call Peter Giles on 224513.