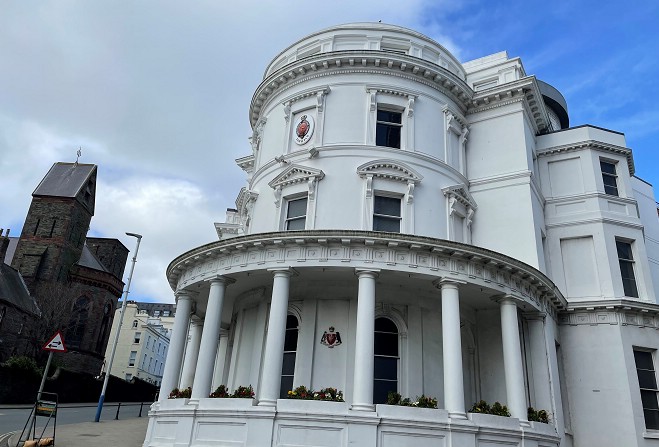 Maintenance of Manx roads and TV Licences for those aged 75 or over will be part of discussions in Tynwald this week.

The court is convening for its November sitting later this morning (16 November).

Among the matters going before members will also be the business of appointing a Deputy President of Tynwald as well as a motion to receive the draft Island plan.

Meanwhile, Chief Minister Alf Cannan will move to approve the appointments of key members to several authorities and government committees.

Elsewhere, Speaker of the House of Keys, Juan Watterson, will also bring a motion for Tynwald to recognise the existence of poverty on Island and the pressures faced by those on low incomes.

Furthermore, there are eight questions going before the court this week.

Among the topics to be discussed during question time will be maintenance of Island highways, TV licences and the roundels on Douglas Promenade.

This week's sitting is expected to get underway in Douglas today from 10.30am.