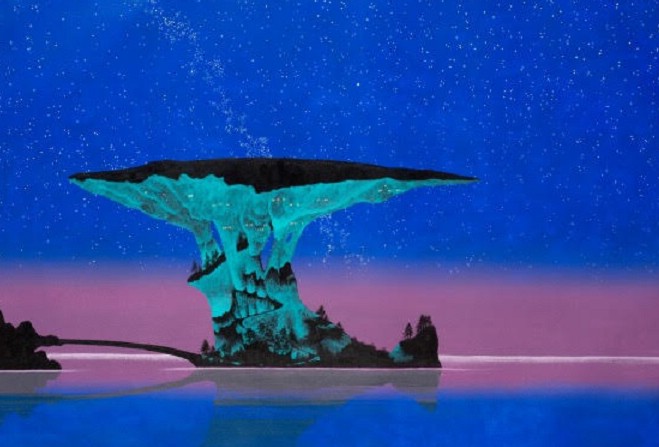 Pathyways At Night', by Roger Dean

Some of the artwork of renowned artist and designer Roger Dean will remain in the Isle of Man, after being on display here.

An exhibition at the Manx Museum finished in November last year, after which the pieces went off to other showcases around the world.

Some returned to the Sayle Gallery in December, along with sketches and prints, which were available for purchase.

Four of his paintings have been acquired by art collectors here.

They are Pathways at Night (from Yes's Progeny box set), plus two studies created for the Moody Blues guitarist John Lodge as the cover design for Natural Avenues, and a further study, Space Tree.

Mr Dean is perhaps most well known for his iconic album cover designs for the likes of Yes, Asia and Uriah Heep, plus the original Virgin Records logo.

He is also continuing to develop architectural projects for clients on the Island including both residential and holiday village concepts.