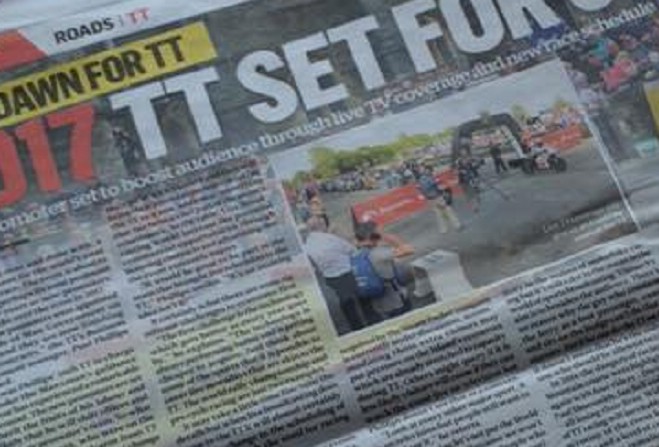 Are plans in place to move the Senior TT out of its traditional bank holiday Friday slot?

Motorcycle News has run a story claiming live television coverage of the racing in future will mean sweeping changes to the event schedule.

It quotes a member of the government’s TT organising team, who says racing would take place over two weekends to fit in with broadcasters.

He says discussions will need to take place with a number of people before any decision can be made.

The MCN piece quotes Paul Phillips, who says when rather than if live broadcasting comes to the TT, schedules will need a rethink.

He told the paper “Which other major sporting events climax on a working day?”

“Racing on a Friday afternoon is not good for live television so I think the big thing that will have be worked through with the ferry company, the airlines, the teams, the riders, the government and Vision 9 is a fundamental schedule change.”