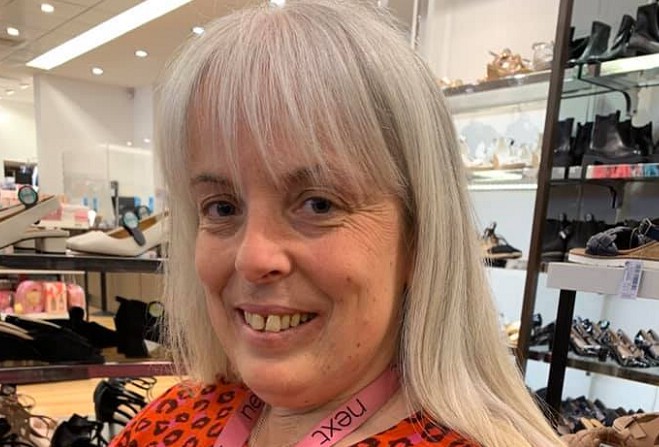 A local woman has raised more than £1300 for Children in Need by throwing herself in at the deep end.

Jane Barton swam 50 lengths to realise her dream of helping to support the annual fundraising initiative.

The retail worker had both legs amputated as a child and now uses a wheelchair.

She says she has dreamt of raising money for BBC Children in Need since she was a child.

Jane credits her seven-year-old twin sons for pushing her to take on the challenge and said: "I have been swimming for about three or four months to help myself physically and mentally because I am disabled.

"I was born with spina bifida and when I was 10 I had to have both my feet amputated. But I didn’t allow this to deter me because I believe it's at this point that my life really began.

"My parents, who were my rock, supported me and encouraged me to believe that there's no such word as 'cant' and also told me that my wheelchair was not stopping me from doing anything."

Jane says she felt confident that she would be able to take on the swimming:

"At first I was concerned because I have no legs which meant that swimming would be uncomfortable but it came naturally to me and the staff at the NSC were also very encouraging and supportive."

On realising she had met the milestone 50 lengths Jane said: "I was leaning against poolside talking to the lifeguard and wondering how many lengths I did because my arms were killing me. After I got out of the pool and changed I saw the NSC staff decorating a chair for me and I got the news. It felt really special."

And as for future charitable endeavours?

Jane says if she does do another swim it would be to help a locally based charity.

"My sons asked me if I would do it again and I said I would like to but if I do it, it would be for Hospice Isle of Man."