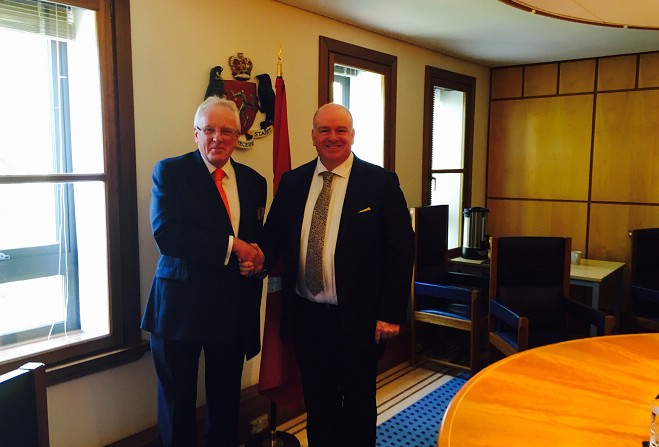 Claim from Lord Mayor of the City of London

Smaller financial jurisdictions like the Isle of Man are an easier target for critics than their larger counterparts - so says the Lord Mayor of the City of London, Andrew Parmley.

He's been visiting the Island this week, as well as other financial centers across the UK, to strengthen relationships with the City.

Mr Parmley has held talks with Manx business leaders to discuss how to deliver increased investment across the UK, and to encourage firms to export their services.

The Lord Mayor told Manx Radio the Island makes an important contribution to the City, and needs defending: