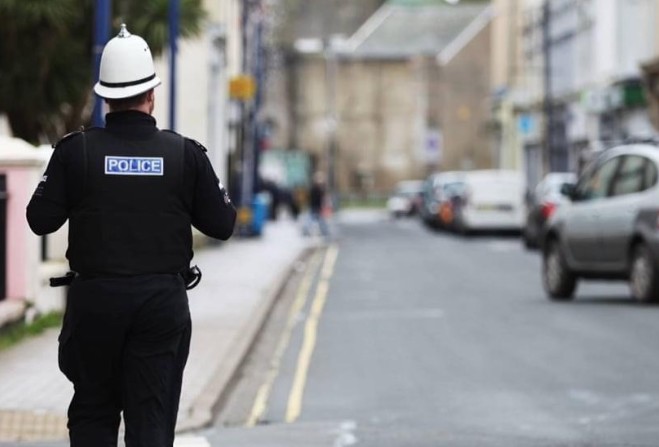 Some police officers on the Island are living ‘hand to mouth’ and being forced into doing overtime out of ‘financial necessity’ in order to make ends meet.

That’s according to the Isle of Man Police Federation which has told Manx Radio it’s concerned officers will leave the profession because they are struggling with low pay.

The federation - which negotiates on pay, pensions and working conditions - is now calling for a salary uplift to be introduced to reflect the high cost of living on the Island.

The Isle of Man Constabulary has a reciprocal pay mechanism with England and Wales which means officers here have been subject to pay freezes and below inflation increases for more than a decade.

The federation says this equates to a 20 per cent pay cut in real terms.

The issue of police officer pay was highlighted at the Police Federation Conference in May which saw Detective Constable Vicky Knight question the UK Home Secretary.

The North Wales police officer has 23 years of service but told Priti Patel that she was struggling to make ends meet and would be better off on benefits.

(You can watch a video of Vicky speaking at the end of this article.)

Richard Hewitt, the chair of the Isle of Man Police Federation, was at the conference and told Manx Radio there are officers on the Island who are also struggling:

He says it is the federation’s view that officers on the Isle of Man should not suffer because of the UK Government’s ‘indifference’ towards the plight of police officers there.

The Manx federation is now calling on the Department of Home Affairs to support its proposal for an Island Living Allowance – similar to the weighting given to Metropolitan police officers:

Police officers are not allowed to strike leading to fears that if pay issues aren’t addressed officers here will vote with their feet and leave the profession for something else.

It’s something PC Hewitt admits is a concern:

The Department of Home Affairs has told Manx Radio it has taken the federation’s submission for an Island Living Allowance for consideration.

It says: “The Department of Home Affairs has taken the submission from the IOM Police Federation at a recent joint consultative forum for consideration.

“The federation outlined that police officers’ starting pay is comparatively low and is affecting recruitment and retention of officers.

“The department recognises that competitive pay awards are a key part of attracting and retaining officers and has agreed to explore options for an Isle of Man pay allowance for police officers but no decision or commitment has yet been made.”