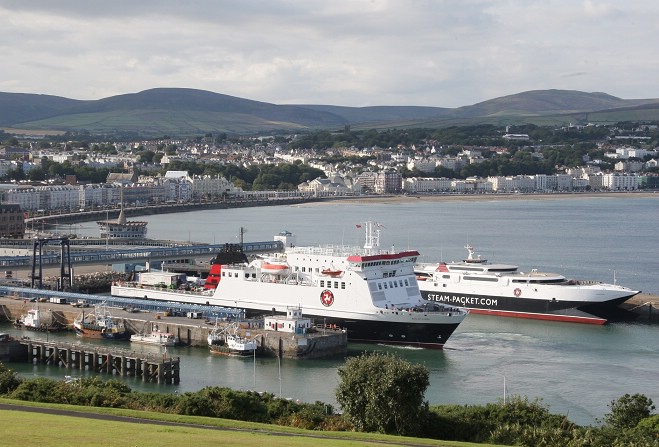 Belfast or Larne - have your say

The Steam Packet Company says it may change its Northern Ireland port from Belfast to Larne - if the idea meets public approval.

Operating from Larne would allow Steam Packet vessels to carry larger vehicles to and from the Isle of Man than at present - such as vans, motor homes, coaches and freight.

The company says a port relocation could boost tourism and the economy, but admits there are pros and cons.

It's now launched a survey to find out what the public think, on both sides of the Irish Sea.

Larne's harbour fcilities could accomodate much larger vehicles than can use the linkspan at Albert Quay.

For those heading to Belfast, the reduced sailing time would be offset by the Larne's distance from the city - although it is connected to the Causeway Coast and has access to the Northern Irish road and motorway network.

The company's engaged Island Global Research to run a three week public survey, to which it's hoped people who've used the Douglas Belfast route will respond.

Mr Woodward said: 'We believe operating through Larne could offer real benefits to passengers, the visitor economy and our freight customers, but any change has advantages and disadvantages so we would invite customers to complete the short survey and let us know their thoughts.’