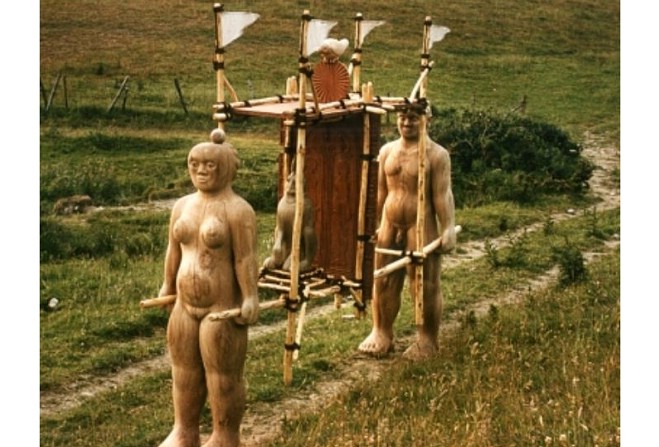 Man arrested, but many pieces still unaccounted for

Merseyside Police say they've recovered a number of the David Gilbert artworks that were stolen last month, and arrested one man in connection with the incident.

Paintings, drawings and sculptures, which were thought to have been stolen between Thursday, 4 October and Tuesday, 9 October, were recovered at an address in Toxteth on Tuesday (13 Nov).

Officers executed a warrant at the address and have recovered around 30 items of the stolen artwork.

A 44-year-old man from Toxteth has been arrested on suspicion of burglary and remains in custody.

The recovered pieces will be returned to the David Gilbert Art Trust, however it was reported that around 80 artworks were taken, and a further 20 destroyed - so there are many still left unaccounted for.

The lost pieces have been valued at around £150,000, and were not insured.

The trust was set up after Mr Gilbert's death in 2016, to build a catalogue, keep his work safe, and allow it to be seen by a wider audience.

It was displayed at the Sayle Gallery and Manx Museum earlier this year, with many of the pieces produced whilst Gilbert was living on the Island.

The theft and destruction means this year's exhibition was the final time the public could view the display in its entirety.

If anyone has any information about this incident or anyone who has been offered one of these items can DM @MerPolCC, quoting reference 18200213419 or @CrimestoppersUK.