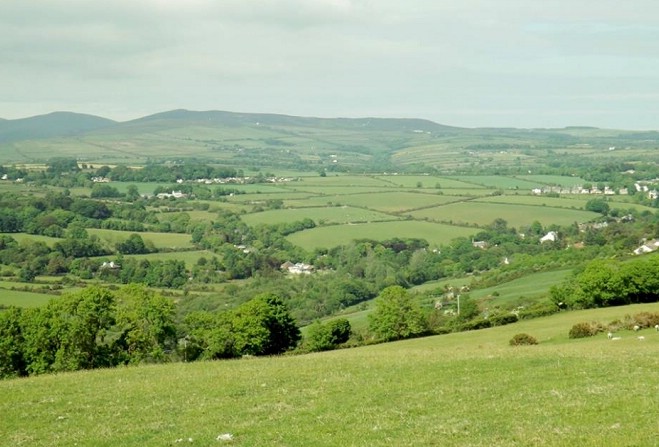 A group of neighbours at the Strang have come together to resist the zoning of a large greenfield area in Braddan for housing.

Residents want to protect the fields of Camlork Farm, which stretch out behind the houses on the western side of Strang Road,  from 'excessive development'.

This area of sloping Manx countryside is sometimes referred to as the 'plains of heaven', but in the latest draft of the Eastern Area Plan the site is zoned for residential use.

Under the campaign name 'Save Camlork', Strang residents including Ken Kinrade and John Kermode are trying to build public resistance to the proposal.

They're encouraging all nearby residents and those concerned to make submissions to planners at the Cabinet Office, expressing their objections before the plans go to the next stage.

Mr Kermode said under the current draft plan, the Strang and Union Mills could be joined together if the 400 proposed houses are built on Camlork.

This contradicts government policy on 'coalesence' or the joining of settlements according to Mr Kermode, who's also asked politicians to think about the effect cheaper greenfield development is having in 'hollowing out' towns.

Members of 'Save Camlork' have met and have the support of Middle MHK Bill Shimmins, who's chairing a committee on incentivising brownfield development, rather than new building on the countryside.

Policy and Reform Minister Chris Thomas MHK  had however recently stated that only building on brownfield sites would not meet projected housing need, and that some greenfield development is inevitable.

The residents have also received the backing of Braddan Commissioners, who share their concerns.

The local authority says it will resist major changes to the shape and size of its settlements, but would be open to small pockets of development.

More information on the campaign can be found at the Save Camlork Facebook page, and at the savecamlork.wordpress.com website.