Suicide verdict at inquest into death of Pulrose man 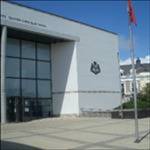 An inquest has heard how a 39-year-old Douglas man commited suicide after a long battle with mental health issues.

Gary France of Hazel Crescent in Pulrose was found hanged from the bridge which leads from the NSC to the Ellan Vannin Gymnastics Club in July 2012.

Mr France suffered from depression which was made worse by the break up of his relationship with the mother of his three children.

He had attempted suicide 11 times, the last occasion just six weeks before his death.

On July 10 he had a meeting with social services about his children's care, which at times became heated.

Ms La Rossa told the court he'd threatened to kill himself and she confiscated a rope from him, but he found it and was discovered the next morning hanging from the bridge by a dog-walker.

Coroner of Inquests John Needham recorded a verdict of suicide.