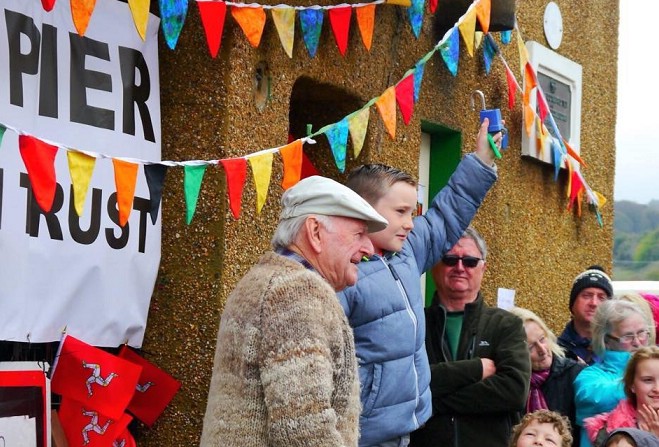 The Queen's Pier Restoration Trust held a symbolic gate unlocking yesterday afternoon (1 May).  Despite the 'opening' the pier remains out of bounds to the public.

The group was handed the keys after being awarded a government licence to carry out a full survey of the structure.

A crowd funding appeal's also been set up to raise £40,000 to restore the first of the pier's bays.

Yesterday's gate opening has helped boost the Just Giving Facebook page - although a long slog lies ahead, with more than £1.5 million needed to restore the entire pier.