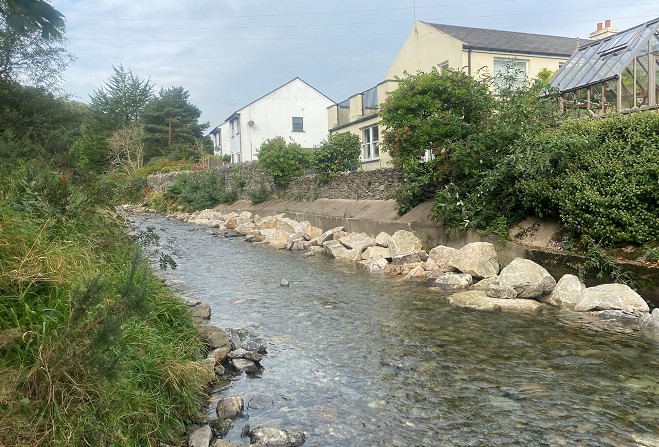 Manx Utilities is carrying out temporary work on Laxey River to reduce the risk of flooding during winter.

Large rocks have been added in an attempt to stabilise the river walls and protect against erosion damage.

A statement from MU on social media says 'the effect of these rocks on flood levels during high river flows would be insignificant.'

A major incident was declared after severe flooding left people trapped in their homes when the river burst its banks on 1 October last year.

Properties in the Glen Road area were worst affected and a coastguard helicopter was flown in on stand-by.

Government committed to building a new "watertight" riverside wall in the aftermath of the flood, and an independent review was published in May this year.

It made ten recommendations, including improving flood forecasting, managing debris in high-risk catchment areas, and a review of resources set aside for flood risk management.

The Laxey Flood Alleviation Scheme is being presented to residents at the Working Men's Institute in the village on 28 and 29 September.