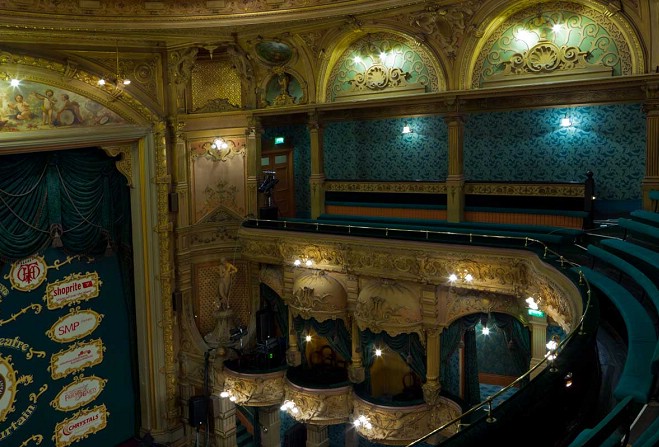 Are locals being marginalised?

There's disagreement over the storage of scenery at the Gaiety Theatre, with the Service Players being told they must move it out of there because of health and safety concerns.

The group doesn't dispute the reason but is looking for a way to keep the 'flats', as they're known, at the Gaiety but in a more suitable place.

Some local drama groups also feel they are being marginalised and think preference is being given to off-Island theatre companies.

Robin Higgins is chairman of the Service Players:

The Department of Education, Sport and Culture has issued a comprehensive statement in response:

The VillaGaiety welcome many local amateur groups to the Complex throughout the year, with annual slots for numerous shows and performances plotted in the calendars as a matter of course.

The Isle of Man Arts Council happily subsidise the hire rate for these types of performances.

Off island shows at the Gaiety are not always sought directly by the VillaGaiety, sometimes local promoters hire the theatre and bring acts over.

We do seek some off-island productions to provide our community with a mixed programme, for example this year the pantomime is being provided by an off-island company, which was contracted for via a Government tender process and it was open to any company amateur or professional, on or off-island. The contract for the pantomime has been awarded for three years (2019-2021).

The Department would like to emphasise that managers at the Gaiety Theatre and the Isle of Man Arts Council acknowledge the importance of the historic registered building of the Gaiety, however, storage space at the theatre is limited.

The paint floor lift (which was designed to house and move scenery boards) was decommissioned a number of years ago and retained as part of our Victorian theatre’s history.

Discussions continue with representatives of the local amateur groups in relation to the proposal that the flats (a type of theatrical scenery) be rehoused at an offsite location, on the grounds that the current storage location of the flats is unsuitable and dangerous.

As a working theatre, the Gaiety stores props and costumes for use by any groups hiring the facility, and this will continue in the future.

You can watch Robin Higgins' interview with Ed below: