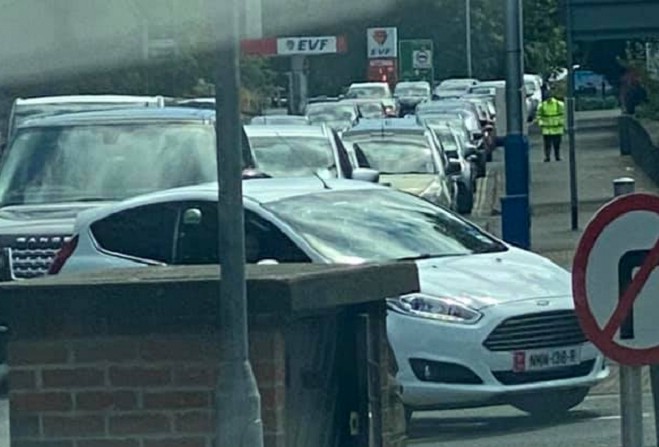 Perhaps the Island's most popular fast-food outlet has reopened its gates today - with immense popularity, if the videos and photos being shared on social media are anything to go by.

This morning, Police warned traffic restrictions would be in place:

McDonalds will open later today. Traffic management will be in place. You can only enter in a vehicle from the Douglas direction. Take care in the area and don’t be tempted to turn your vehicle in unsafe or unsuitable places! If it’s too busy just leave it until later.

Earlier this afternoon, Manx Radio drove past the McDonald's Drive-Thru in Douglas to see what the queues were like, on the day of reopening:

Later on, Dollin Mercer went down to Peel Road, and it seems the numbers weren't dying down:

Traffic problems aren't limited to the Island either - in the UK there have been reports of issues.

An outlet in Bolton has said to have waiting times of over an hour and a half to get your McNuggets.

McDonalds UK has responded to fears some queues could become dangerous or even unsafe, tweeting that bosses "are working with Local Authorities and police and we may determine it necessary to close Drive Thrus if there is local disruption or puts the safety of our employees and customers at risk."