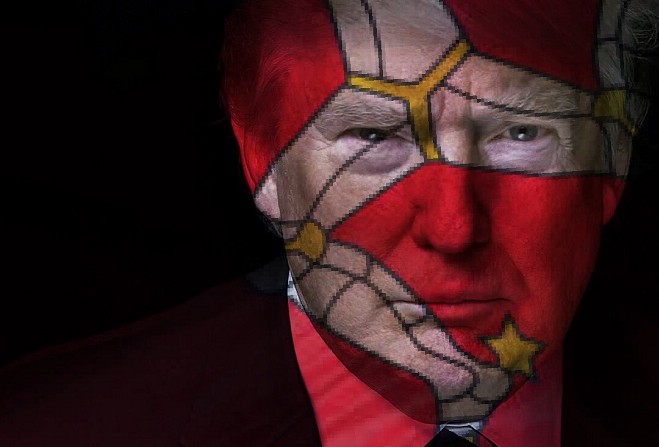 Manx residents joined the world in shock this morning, as they awoke to news that Donald Trump has been elected president of the USA.

@FoxNews - Isle of Man police force keeping up with the election! #FoxNews2016 pic.twitter.com/MCQARAX5Za

The election has been defined by controversy - and the result has provoked a mixed response worldwide.

Political commentator Professor Ronald Barr described the process as 'one of the most divisive' in history.

Also weighing in on the debate were hundreds of Island social media users.

Many were rather displeased with the outcome:

The world appears to have been taken over by the sort of people who comment on news websites.

It's a new world, it's a new day. America what were you thinking? #USElection2016

I feel sorry for comedians, real life is stealing all the good jokes

While others were more at ease:

@MattJNewing not sure Mexicans will agree Matt ?

Anyone that believes the majority of the western world isn't leaning to the right should now wake up. People are fed up of PC left piffel

The election makes so little difference to us

But as ever, a few saw the funny side:

"Miss Cuskeran, we have the first ever orange President"
(Flabbergasted year 7 pupil)

An opportunist move by @iomsteampacket aimed at those of you wishing to flee to a rock in the Irish Sea. . . https://t.co/Azw8pKfJdn

Meanwhile, with the rest of the world in turmoil, here on the Isle of Man.... https://t.co/NInuFWEmVH