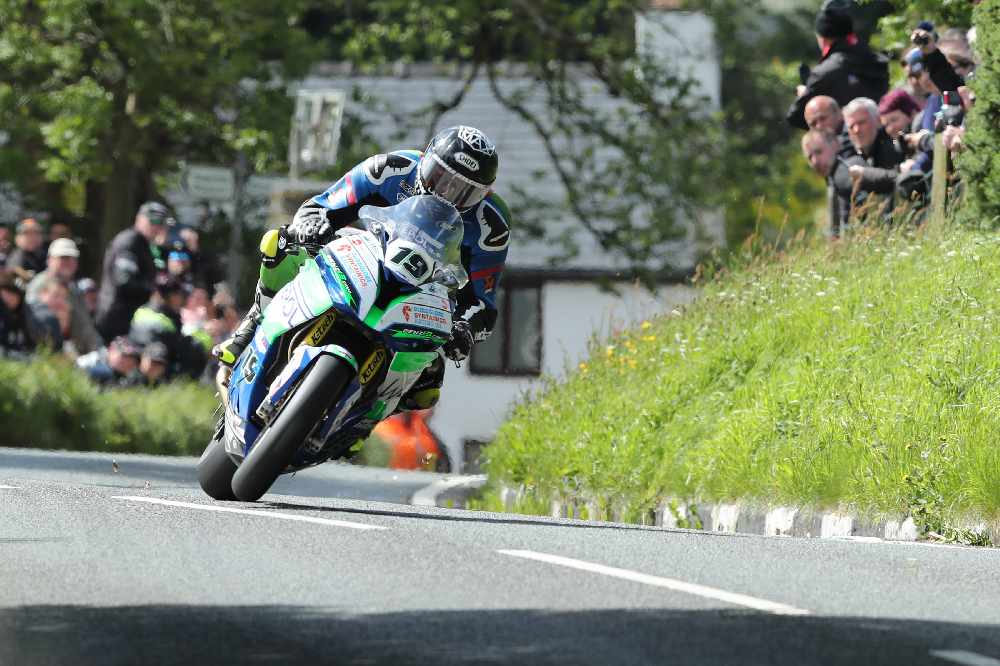 It's been confirmed a rider was killed during this morning's Superbike race.

Daley Mathison died in an incident at Snugborough on the third lap.

The race was red-flagged as a result.

The 27-year-old from Stockton-on-Tees first competed at the TT in 2014, and has picked up a a second and two third-place finishes in the Zero race in the last three years.

Not something I ever wanted to write but here we go.....

Daley, as Daisy says, is now sleeping with the fairies. That’s all I can bring myself to say right now. The last image I saw of my husband, was of a man so happy with life and so proud of his racing. xxxxxx pic.twitter.com/wWCaDJwUht

Words can’t describe what I’m feeling right now, Daley was an absolutely amazing man. A fantastic racer and it was truly an honour to have worked with him this season and have him as part of our team. Rest easy mate❤️ pic.twitter.com/PeUev0CG1R

"ACU Events Ltd regrets to confirm that Daley Mathison, 27, from Stockton on Tees, Durham was killed in an incident during the Superbike Race today at the Isle of Man TT Races.

"The accident occurred at Snugborough, just over 2 miles into the Course, on the 3rd lap of the race.

"Daley was an experienced competitor and was seeded 19th for today’s race.

"He made his Mountain Course debut in the 2013 Manx Grand Prix Newcomers A Race, finishing fifth.

"His TT career included three consecutive podiums in the TT Zero electric bike Race in 2016, 2017 and 2018 including the runner up position in the race last year, representing Nottingham University.

"He also achieved an 11th place finish in last year’s Superstock Race and a pair of 13th place finishes in the 2017 and 2018 Senior TT Races.

"ACU Events Ltd wishes to pass on their deepest sympathy to Daley’s wife Natalie, his family and friends."