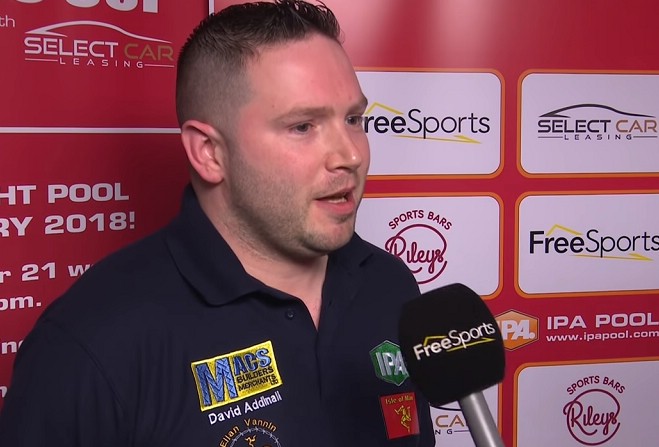 The event, which is being held in Hounslow in West London, contains the top players in the world.

Addinall faces Englishman Jamie Clarke in the round of 64 of the professional event this evening.

The later rounds, held across tomorrow and Sunday, are also being streamed live on BBC Sport - through its website, app, and on BBC iPlayer.

As well as the 'Pro' event, Addinall is competing in the 'Open' competition which includes the world's top amateurs, with qualification for the World Series also up for grabs over the weekend.

However he came up just short in the quarter finals, losing to Jack Whelan 6-3.

Addinall had beaten 2016 World Champion Gareth Hibbott earlier in the competition, which is very much a statement of intent from the world number 47, in his first full season as a professional.

He'll be hoping to recapture that form this weekend.