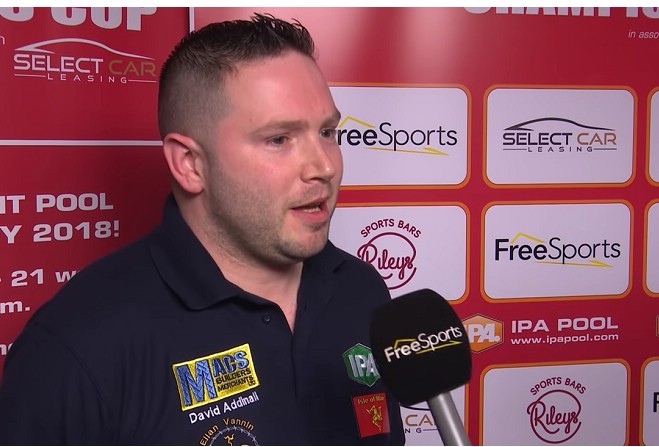 The event, which is being held at the Hilton Double Tree hotel in Coventry, contains the top players in the world.

However he came up just short in the quarter finals, losing to Jack Whelan 6-3.

Addinall had beaten 2016 World Champion Gareth Hibbott earlier in the competition, which is very much a statement of intent from the world number 48, in his first full season as a professional.

He would've been hoping to recapture that form this weekend.

However, it was not to be, as Addinall lined up against Welshman Drew Hughes in the round of 64 yesterday evening (Fri 3), with the match streamed live online.

The Manxman came from 7-4 behind to trail 7-6, only for Hughes to seal the win.

The later rounds, today and tomorrow, are also being streamed live on BBC Sport.

Addinall is also entered into the European 'Open' competition this weekend - which includes the world's top amateurs as well as the professionals.

That competition got underway from 10:15 this morning.