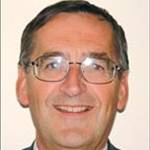 Isle of Man Sport chairman Geoff Karran said it was a proud day to be Manx, after cycling superstar Mark Cavendish convincingly won the BBC Sports Personality of the Year award.

On Mandate, he said the 26-year-old from Laxey was a fantastic ambassador for the Island.

Quoting from an application form for Manx Sport Aid from several years ago, he said it was apparent from an early age that Cav was a born winner: