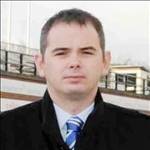 The Isle of Man has taken centre stage at the Bike Show at the NEC in Birmingham.

Sunday was declared 'TT Day', with the focus all on next year's event and the announcements which have started to trickle through about it.

Among those is the news ITV will broadcast highlights of the TT for a further three years, with more coverage thrown in.

The homestay scheme is being pushed more for the centenary year of the Mountain Course, while Monster Energy will once again provide the entertainment on Douglas promenade.

TT and Motorsport Development Manager Paul Phillips is at the show.

He says there's a huge buzz about TT 2011 already: