Archery: Honours for Angiolini and Sandilands in Ireland 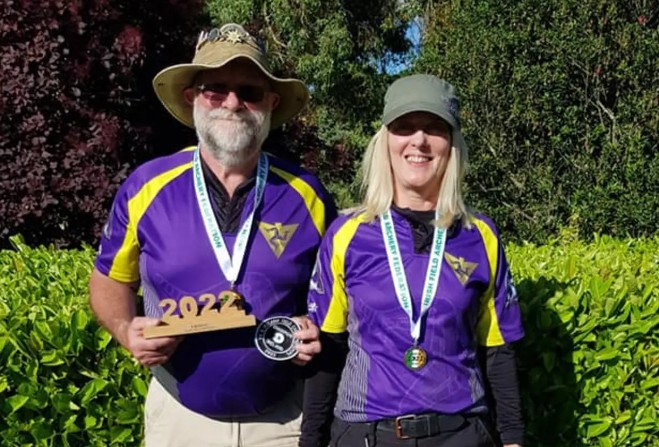 Two Manx archers have returned with honours after competing in the recent UK and Ireland Archery Championships.

John Angiolini and Rose Sandilands took part at the event held at New Ross in Ireland during last weekend (9-10 July).

Both battled warm conditions in the grounds of Woodville House - with John emerging as a new UK & Irish Champion come the end of play.

Meanwhile, it was also success for Rose who claimed a silver medal for her performance.

Elsewhere, fellow Island archers Rodger and Lesley Sleight have recently returned from competing for England at the European Bowhunter Championships.

The tournament at Confolen in France had originally been planned for 2020 but was postponed twice due to the Covid-19 pandemic.

England went on to finish third in the Team of Nations with 1200 competitors part of proceedings.

Both Lesley and Rodger shot in the traditional recurve class with Lesley taking 14th place in the veterans category and Rodger shooting well in the senior class, taking 19th spot.