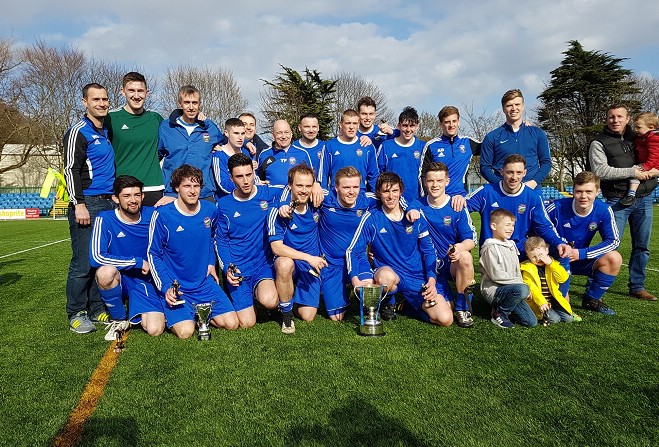 Braddan have secured what they hope will be the first leg of a league and cup treble.

They won the 2017 GH Corlett Woods Cup this afternoon (Easter Saturday) with a 3-1 victory over Castletown at the Bowl.

The Division Two favourites had to come from behind to clinch the silverware.

Town had recorded comprehensive wins over Douglas Royal and Gymns en route to the final and threatened another surprise when Jamie Cadwallader produced a composed finish to fire the southerners ahead.

However, Lee Curer got the final touch on a corner to draw Braddan level before the break.

Danger man Andy Glover, who had earlier hit the woodwork, struck on the hour to put Braddan in front before the impressive Stuart Pacey lashed home a third and spark celebrations.

The side will hope to make it an even better season.

They remain favourites for the JCK Division Two Championship and will also qualify for the Paul Henry Gold Cup.