Cav to compete in Wales 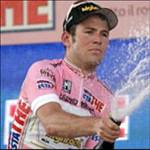 Mark Cavendish will compete at the National Road Race Championships in Abergavenny, Wales, later this month.

The 24-year-old Manxman joins an impressive field tackling the 160km course on Sunday, June 28 around the roads of Monmouthshire.

Olympic and world champion Nicole Cooke will defend her women's title the day before the men's race.