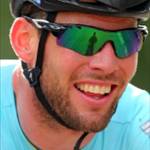 Manxman Mark Cavendish has had urine thrown at him during today's (Wednesday) time trial
at the Tour de France.

He's also had insults hurled at him during the stage, which is likely related to a crash involving another rider yesterday that Cavendish was accused of causing.

He was cleared over that, but his team Omega Pharma Quick Step says that didn't stop furious reactions from spectators.