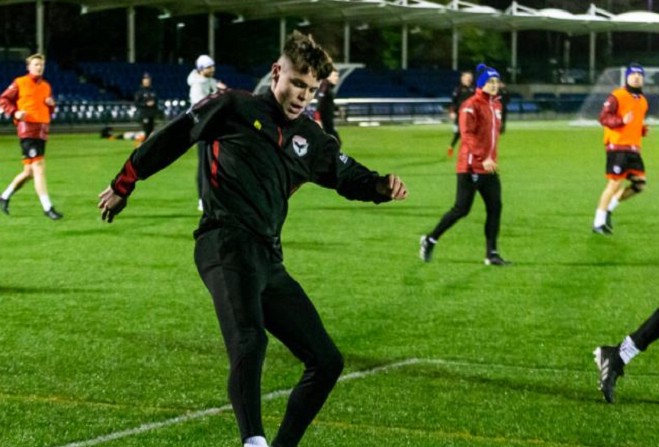 FC Isle of Man will be hoping to rise up the league standings and continue their positive start to 2022 when they host Wythenshawe Amateurs this weekend.

The Ravens take on 'The Ammies' at The Bowl this Saturday evening (8 January) with just two points separating both sides.

The Manx side sit fifth in the NWCFL Div 1 South currently holding onto the final play-off position in the division.

A win for the Ravens this weekend would see them leapfrog Wythenshawe up to fourth place and having still played one game less.

The Island outfit have won seven of their last ten outings, losing just once - they also remain the league's top scorers with 80 goals.

However, Manchester-based Wythenshawe will be no easy task having also enjoyed a strong campaign to date.

The visitors come into this fixture a place above FC IoM and have lost just one of their last nine games.

Their last result was a 1-1 draw with fellow play-off and title challengers, Abbey Hey.

Tomorrow's clash could also be a battle between the league's joint-top scorers.

The Ravens' Sean Doyle and Wythenshawe's Saul Henderson both have 26 goals each so far this campaign.

FC Isle of Man vs Wythenshawe Amateurs will kick-off at 6.30pm at The Bowl this Saturday (8 January).

Manx Radio will be providing full live commentary of the match on our AM1368 and Digital platforms.