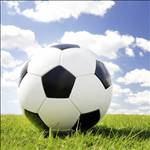 Rushen have been boosted at the other end of the pitch, however, by the signing of Mike Edge, Castletown's top scorer last season and one of a number of players tipped to depart the Stadium this summer.

St John’s have made a double swoop for Foxdale’s Adam Hayes and Andy Glover as they seek to bounce back immediately to the top flight, while Pulrose have also bolstered their squad with Mark Rees and goalkeeper Rob Slinger from Gymns.