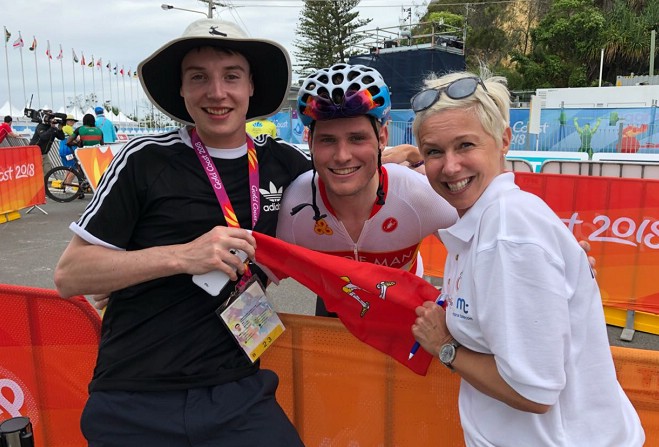 Brand helped out by spectator

Manx cyclist Sam Brand was helped out by a spectator during the Men's Road Race at the Commonwealth Games in Australia this morning.

After a crash saw him land heavily, someone watching the race lent him a bike.

It was not enough to take him to the finish though, and he joined fellow Manx riders Mathew Bostock and Nathan Draper who also failed to finish.

In the end the host nation dominated the men's race, although Manx riders Jake Kelly and Leon Mazzone were still in contention into the final lap.

But a strong breakaway saw gold for Australia, silver for Wales and bronze for South Africa.

Speaking after his race came to an abrupt end, Brand reflected on what had happened.