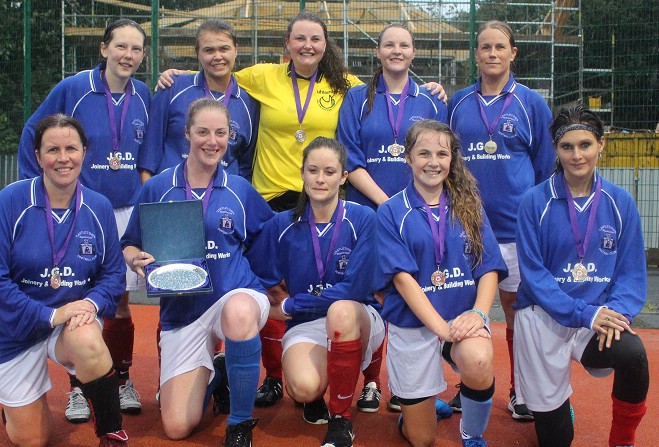 Castletown saw off Peel 4-2 to win the Summer Plate

Corinthians and Castletown have triumphed in pre-season tournaments.

Goals from Lisa Costain and Alice Ashe sealed a 2-0 victory which would have been more but for Royal goalkeeper Rose Ozga who pulled off a series of impressive saves.

Meanwhile, there was a shock at the NSC as Castletown, which last entered a women’s team in the league in the 2012/13 season, came from behind to see off Peel 4-2.

A double from Sarah Taylor and further goals from Olivia Tombs and Sara Ismail-Sutton secured the silverware.

Sienna Dunn and Becky Corkish were on target for the westerners.

FA Treasurer Stephen Carter presented the silverware and medals to the winning teams.