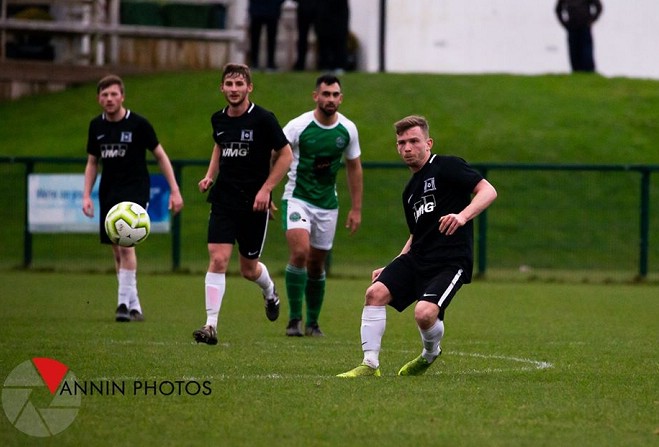 Corinthians made it six consecutive wins as they thrashed fellow Railway Cup hopefuls Laxey 6-0 at Ballafletcher.

The Whites scored three in each half, with Conor Gorman, Sean Doyle, Danny Gerrard and Josh Riding all adding to Ste Whitley's brace.

St Marys were also in rampant form in the Canada Life Premier League on Saturday, as they put five without reply past Douglas Athletic.

Jack McVey found the back of the net twice, with Tom Weir, Frank Jones and Craig Murphy ensuring a comfortable victory for The Saints.

It sets the stage for a massive game next week when Marys welcome Corinthians to The Bowl.

Following a 2-1 home defeat last time out, Peel bounced back in the best possible way by winning 4-0 away at bottom side Pulrose.

Ryan Holdaway broke the deadlock shortly before the half hour mark, with Daniel Bell, Joel Callow and the talismanic Lee Gale all on the scoresheet to round off the win.

A valiant Old Boys went down 2-1 at home to Rushen, with the damage being done in the first half.

Mike Williams and Steve Riding gave The Spaniards the lead at the break.

Despite Robbie Ward halving the deficit, that was the end to the scoring and Rushen held on for a valuable three points.

It means Old Boys are still yet to win at Blackberry Lane this season.